Note: Purchase links will open in a new window on the printing and publishing company's page.

An advanced race of cats from planet Catilia is ruled by the ruthless Catilian Galactic Council. Breaking Catilian law means death. The council is on the hunt for Power Stones which are the most valuable commodity in their known star system. One starship captain is about to learn just how far the council is willing to go to get their paws on these Power Stones.

A collection of works by Sheharzad Arshad. This book contains some of the more popular works created between 2003 and 2020. It includes some works that have been featured in publications such as Reader’s Digest and others.

The intensity is rising as Princess Lilac's crew grows ever closer to having a face-off with the evil mastermind, Council Cat Scorpio. During all the commotion a lone survivor from Pico asteroid emerges. How will he respond to seeing the crew responsible for the murder of his species. Will he join them in their cause for stopping the Planet Destroyer from being activated or will he seek out revenge and stand in their way?

The council's army has overpowered Princess Lilac and her crew in Atlantis. Now our heroes must race back to Catilia to stop a dangerous Super Weapon that has been lying dormant, waiting for an Earthilian Power Stone to activate it. However, they may now have to face an even bigger army.

The Council's hunger for Power Stones has led our heroes to a dangerous and savage planet called Earth. After some dark secrets are revealed, the C.A.T. crew starts looking for a way off Earth but the Council has other plans.

This book features close-up portraits of popular tv show, video game, movie and comic book characters as what they may have looked like if they were kids. All artwork drawn by Sheharzad Arshad.

A collection of works by Sheharzad Arshad. This book contains some of the more popular works created between 2003 and 2020. It includes some works that have been featured in publications such as Reader’s Digest and others. 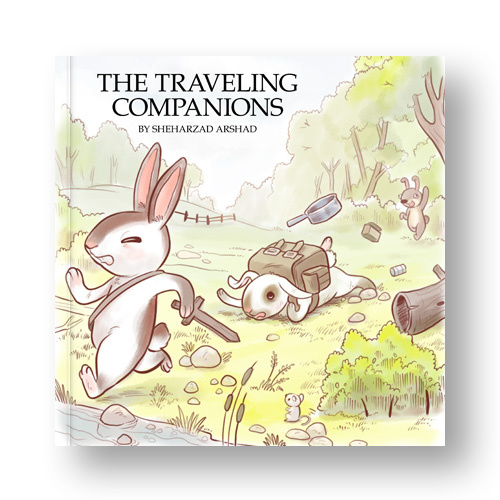 Want to annoy your listeners? Then read this annoying little book to them. An extended edition of the traveling companions story which seems to go on forever. Who will give up first? The narrator or the audience?